Filling out and submission of declaration on property and income

In connection with the launch of the campaign “Declaration of incomes of citizens for 2017”, as the press service of the State Fiscal Service informed, many Ukrainians will have to comply with the new requirements. We remind that citizens who received income in 2017, from which no taxes were paid, would have to file a declaration on property and income according to the updated form approved by the Cabinet of Ministers. The lawyers of the company Finance Business Service will provide you with thorough consultation on the issues how to fill out and file a tax return, as well as take over the burden of passing this bureaucratic procedure and solving all the difficulties that have arisen. We also offer you a summary of the requirements, deadlines and other important points regarding the declaration of income of natural persons in 2018.

The declaration is submitted before May 1, 2018 by natural persons who received:

The declaration is submitted in a different period by natural persons who travel abroad for permanent residence - no later than 60 calendar days preceding the departure.

IMPORTANT! If this declaration is not filed, the tax authority will not issue a certificate of payment of taxes and lack of tax liabilities. It will entail the impossibility of a natural person to leave for a permanent place of residence abroad, since a natural person will not be able to complete all necessary customs formalities.

The declaration is not submitted by natural perіons who received income:

The taxpayers are exempt from the obligation to file a declaration regardless of the type and amount of income received that:

Documents required to fill out the declaration

The following documents are necessary (the list is not exhaustive) to determine whether a certain type of income is to be included in the declaration:

certificates of the right to inheritance;

documents confirming payment of taxes by a tax agent;

valuation of property (in cases directly provided by the law). 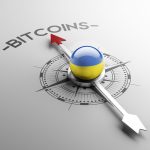 “Point of No Return” in the Legal Regulation of Cryptocurrency in Ukraine On May 7, the 43rd Annual Conference of the International Organization of Securities Commissions (IOSCO) began its work in Budapest. The head of the National Securities and Stock Market Commission Timur Khromaev represent Ukraine at the conference. During the work of the relevant committees and regulatory seminars, Timur Khromaev pointed out that the regulator is in favor of making a decision to recognize cryptocurrency as a financial instrument. The official believes that Ukraine has already...
Published: 11.05.2018 blog
Tags:
#Bitcoin#Cryptocurrency 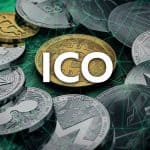 European Regulatory Authorities Publish ICO Hazard Notifications ICO (Initial coin offering) is a form of attracting investments in the form of selling a fixed number of new units of cryptocurrency, received with a single or accelerated emission. In the middle of November, the European financial regulators, including ESMA (the European Securities and Markets Authority), the Belgian FSMA (the Financial Services and Markets Authority) and the Dutch AFM (the Authority for the Financial Markets), issued warnings about risks for the investors and rules...
Published: 29.11.2017 blog
Tags:
#Bitcoin#Investments#Legislation

Legal Regulation of Blockchain Legal regulation of blockchain. Latest changes and prospects for the development of legislation Blockchain Technology is a developing technology on which basis new applications in the field of finance appear daily. Regulators of some countries have already reported their intentions to study the use of blockchain technology, which is also called distributed ledger technology (DLT). The new technology is potentially attractive to the regulators because of the increased level of transaction...
Published: 07.11.2017 blog
Tags:
#Bitcoin#Blockchain#Legislation#United Kingdom#USA 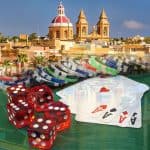 Gambling Reform in Malta After conducting a series of consultations with the public and interested persons, technical studies and assessments of the financial and economic consequences, the Government of Malta intends to carry out a full reform of the current legislative framework regulating gaming activities. The proposed reform implies the abolition of all current legislation regulating gaming, and the introduction of a single law - the Gaming Act. The law will enable the competent minister to publish the rules and...
Published: 27.10.2017 blog
Tags:
#Bitcoin#Investments#Legislation#Malta#Online gambling
Main services