In itself, the concept of deoffshorization emerged relatively recently and it was first suggested by Alexander Sergeyevich Zakharov, the famous Russian expert in the field of tax law, 22 May of 2013.

Under the "deoffshorization" term decided to take a process consisting of a set of measures, which holds a State legislative, information and law enforcement areas to reduce or eliminate the residents under the guise of foreign persons or using foreign legal constitution, which are involved in the national economic turnover, and primarily pursues illegal or dishonest purpose.

Globally deoffshorization occurred against the backdrop of OffshoreLeaks project that presented the Consortium together with the S?ddeutsche Zeitung (SZ) Journalistic Investigations (ICIJ) in 2013. This project has caused a huge scandal in the public and put the confidentiality of offshore companies Region registered before 2010. Journalists have never previously worked with such a huge volume of data leakage. Studies have shown a rare example of how a global industry together with law firms and various companies and the largest, global banks secretly manage the assets of the rich and famous people around the world. It was the global business world that could exist only in the shadows, hidden from all the stares.

All sorts of businesses have sought to protect their companies from enemies and raiding; someone to maintain their privacy or to achieve tax optimization, someone set up a joint venture with a foreign partner or to conduct charitable activities, but most of the services of registering offshore companies are those who simply want to get away from taxation and thus save on taxes. This affected not only the politicians, celebrities or entrepreneurs, but also for non-payment of taxes and the scandal had attracted global brands such as Google, Apple or Starbucks.

Of course, many governments under the watchful eye of the public immediately responded to it. With such disturbing the minds of iniquity, deofshorizatsiya is a single way of dealing with the minimization of taxation. Currently is conducted a violent fight with offshore companies and the tightening of the rules of registration and submission of documents to the tax authorities.

Let us hope that, starting in 2017 will earn automatic exchange of information in accordance with accepted common standards (Common Reporting Standards), which enables financial institutions to collect information on the tax status of the Company and the beneficiaries of all their customers, and shall enter into force requirement to provide reports to the tax authorities and for multinational companies.

For businessmen, using offshore companies will develop new criteria that will be evaluated by their resident status, and almost no trading will be used.

Entrepreneurs still have time to prepare their corporate structures to the automatic exchange. We hope that in the future will demand of reporting companies from jurisdictions that in the event that will not be afraid of disclosure and easily be able to confirm their tax status. Despite the fact that the perpetrators rather difficult to prosecute, to completely eliminate or prohibit offshore unlikely, and whether it is necessary, it is wiser to create such business conditions, under which a resident is not a desire to withdraw their money and they will not be afraid to keep their property in their home country.

We believe only in a lawful, honest and conscientious business. 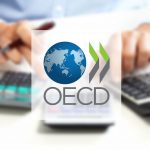 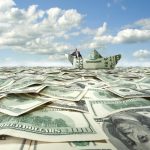 Offshore for Trading Activities: Is It Necessary Until recently, offshore companies have been actively used by the Ukrainian entrepreneurs in international trade to reduce the tax burden and keep business confidentiality. We will consider in this blog whether the situation has changed in the conditions of global deoffshorization, and in particular, tightening of the Ukrainian legislation. The field of trade has always been the simplest and most popular for offshore applications. One of the main goals of using offshore schemes in export-import...
Published: 16.05.2018 blog
Tags:
#De-offshorizationTransfer pricing 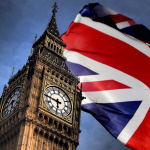 How the rules for LP of England, Wales, Scotland and Northern Ireland will change Essence of the scandal On April 29, a publication on the use of thousands of SLP in criminal activities appeared in the British newspaper The Times. According to the British officials, SLP was used through shills in complex schemes for money laundering. In particular, by means of the scheme, including more than 100 Scottish Limited Partnerships, about 58 billion pounds sterling, accumulated illegally, was withdrawn from Russia. More than 20 SLP was used in a fraudulent scheme, by means of which...
Published: 08.05.2018 blog
Tags:
#Corporate law#De-offshorization 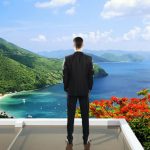 Сentral database of beneficial owners of companies is created on the BVI Following the introduction of a public register of persons with significant control for the British companies and LLP (from April 2016), as well as for the Scottish partnerships (since June 2017), some British dependent territories, under pressure from the UK itself, have created similar registers / databases. However, these centralized registers will be closed, and the access to data from them will be available only to the British competent authorities and only upon request. This decision has...
Published: 20.04.2018 blog
Tags:
#Closing offshore#De-offshorization
Main services